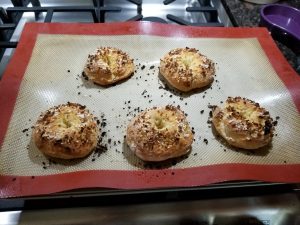 I will admit, I have been slacking on the 30 Days of Dough, it is hard to fit it into weight watchers and let’s be real.  I make the rules, I didn’t say they had to be CONSECUTIVE days, so there!  (sticking my tongue out at you)  Ok so I didn’t intend to make these but they came out fabulous!  I had some leftover ribs so I cut the meat off and I wanted to make some corn tortillas (I made flour the other night, while they were absolutely fabulous, they are also like 6 weight watchers points…) but had no masa harina so I figured I would give this 2 ingredient dough a try that I kept seeing on Pinterest.  Supposedly you can make pizza crust, biscuits, all sorts of stuff with this dough!  I had to give it a try, it just seems way to good to be true.

I mixed together 1 cup of self rising flour and 1 cup of fat-free Greek yogurt which was pretty easy to pull together.  Once it really started coming together, I floured my hands and kneaded it a bit to make sure it was all combined. 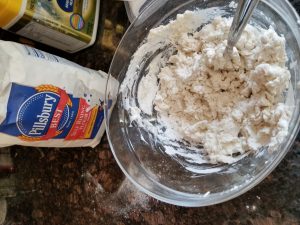 I then cut it into 6 pieces and rolled up a little ball and put it in my plastic wrap lined tortilla press just like I would for corn or flour tortillas and the results were less than desired…  FAIL! 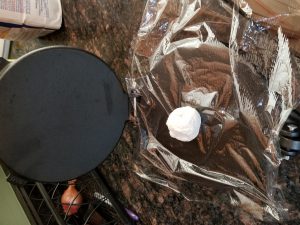 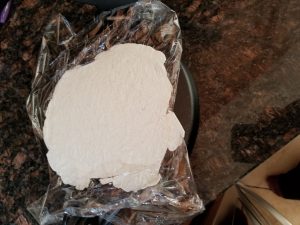 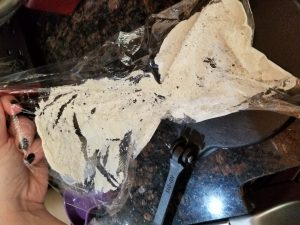 So take 2, I have 5 balls of dough left so I was like, hey let’s turn them into mini bagels.  I made them into circles, punched holes into them and added Everything Seasoning.  You can buy seasoning or I prefer to make my own so that I can alter how much of each ingredient there is.  I even saw on Pinterest, people adding jalapenos and other stuff to them to jack up the flavor!

I then sprayed cooking spray over the top of each bagel, you could also do an egg wash if you are not as lazy as me, and then sprinkle as much seasoning as your heart desires.  I placed them on a silicone pad, you can also just use non stick cooking spray, it all works. 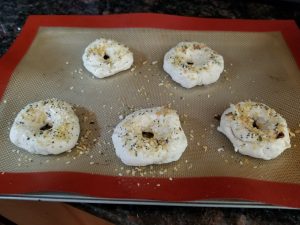 Bake them off at 375 for 25 minutes and they come out great!  I couldn’t believe how much I liked these when I despise the taste of Greek yogurt.  They were crunchy on the outside and fluffy on the inside!  Now I will say that these guys are mini, so they are only 2 points but I would totally double them up for a good hearty breakfast.  This one is a keeper from me and this is from the girl that has made classic everything bagels from scratch and a quick bagel from scratch!  I am super excited to play with this some more and see what else I can create!! 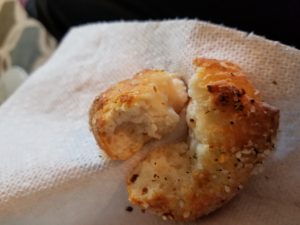